Dr. Kent Thornburg of Oregon Health & Science University presented an intriguing “Update Seminar” at the HAPS meeting in Portland, OR that discussed the increased incidence of some chronic diseases in the US and their likely epigenetic origins from even before we are born.

The implications of his talk were quickly apparent when he made the point that, after over a century of steady increases in life expectancy, the predicted life expectancy in the US has actually decreased since 2015. This should get everyone’s attention. Why in this age of plenty are we dying younger? Dr. Thornburg postulated that plentiful access to calorie-rich and nutrition-poor food has led to the current epidemic of obesity and its associated chronic diseases, most notably diabetes and cardiovascular complications. Indeed, to put a dollar amount on it, we are currently paying over $500 billion per year to treat cardiovascular diseases and that number is projected to reach over one trillion dollars per year by 2035. These costs are not sustainable under any sort of healthcare plan.

While clearly obesity of the current generation is a major concern, it is the prenatal epigenetic signature of obesity that is cause for even more concern. An epigenetic signature is a set of inheritable marks on our DNA due to DNA methylation and histone modifications. As a result, the nutrition state in the womb can affect the later health of the child, for example:

In summary, Dr. Thornburg concluded that we in the US are dealing with what he called “high caloric malnutrition” leading to “smoldering inflammation” in babies and future generations. Not the inflammation we commonly think of with immune system responses, but rather an inflammation caused by the “epigenetic burden” that leads to chronic disease. However, he did end with two important notes. First, we cannot blame the mothers since they are eating the same diet we all are. And secondly, based on animal studies, there is evidence that at least some of the epigenetic burden can be changed over time. So, there is hope.

Want to hear more of the story directly from Dr. Thornburg? Check out his TED Talk here. 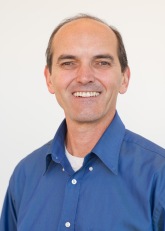 Andrew Russo is a Professor of Molecular Physiology and Biophysics, and Neurology, at the University of Iowa. Dr. Russo received his Ph.D. in Biochemistry from the University of California, Berkeley, followed by postdoctoral training in molecular neurobiology at the University of California, San Diego. Dr. Russo’s research area is the molecular basis of migraine. His lab uses mouse genetic models to study how the neuropeptide CGRP contributes to the pain and altered sensory perception that is a hallmark of migraine. In addition to his research, Dr. Russo enjoys teaching, which led to him becoming a co-author of Seeley’s Human Anatomy and Physiology textbook. He is a member of HAPS and especially enjoys the generally excellent update seminars at the annual meetings.